The Best Kind of Song

Do you know what the best kind of song is? I'll tell you: the BEST kind of song is a song with an ABA pattern that echoes another song in its B section. This type of song is typically found near the end of a musical. (I know, go figure. But I'm on a roll with showtunes stuff for the moment, so I might as well keep it rolling.)

The reason I like this type of song is because it's like a bonus deal: you get two songs for the price of one. Often the tune that's echoed in the B section of the best kind of song is (on its own) too monotonous, too brassy or too-something for you to want to listen to the whole thing. But when it's a snippet inside another song, the too-something song comes across as a refresher rather than a headache. The snippet-song is brief enough to enjoy, but not so long as to distract you from the song that encompasses it.

The best kind of song can represent many things, depending on what its B section echoes and what role it plays in the musical's plot. It can be an angry, bitter mockery of a character's earlier, more optimistic song (as in "See What It Gets You" from Anyone Can Whistle).

It can be an extra note of hope, reminding the audience of the characters' promising future and rounding out a blossomy love song (as in "Yesterday I Loved You" from Once Upon a Mattress).

It can be an ironic indication of waning romance as a character moves beyond their relationship (as in "An Orthodox Fool" from No Strings).

Or it can be a recollection of an antagonized character's battle cry, reminding them why they fight against injustice and hardening their resolve (as in "When I Grow Up" from Matilda). Whatever the case may be, the B section of the best kind of song makes the entire thing more profound, more mellifluous, and more captivating.

To get a better idea of what I mean, listen to some of the songs I mentioned (attachments below). Then see if you can guess the name of the tune echoed in each B section! 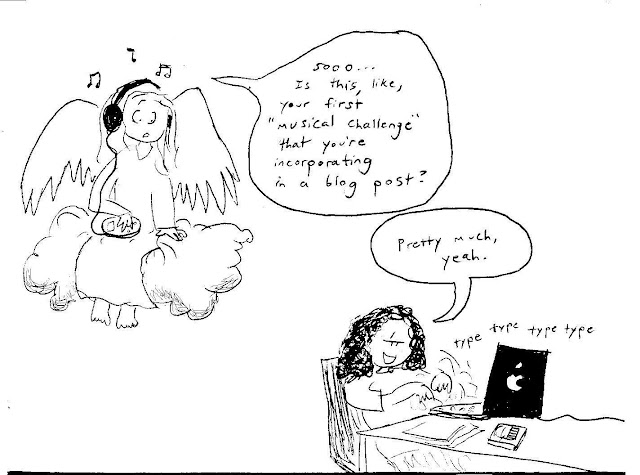 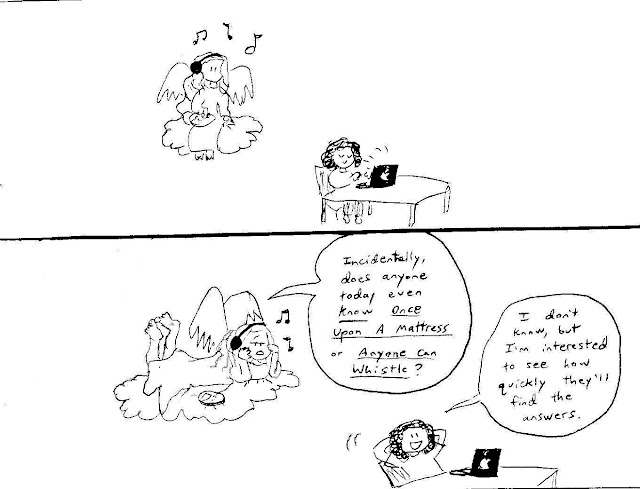 'Till next time,
Ariel


Email ThisBlogThis!Share to TwitterShare to FacebookShare to Pinterest
Tags: musicals

Ariel
My name is Ariel, and I'm a passionate music lover and letter writer. In this blog, I write letters to "Muse" about music (mainly pop songs and musicals, but other kinds of music are up for discussion).